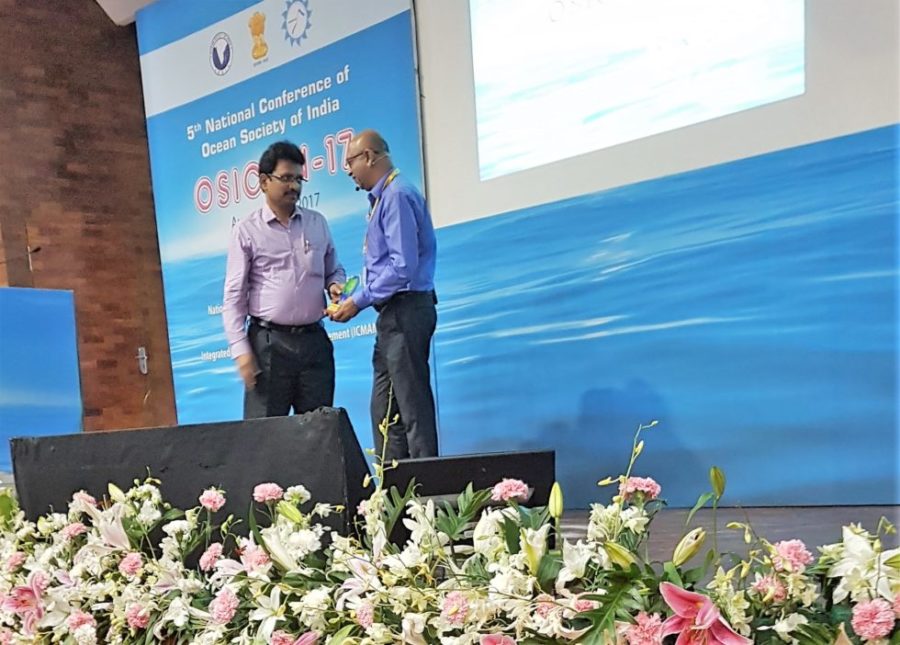 As many as 450 scientists from various institutions across the country participated in the fifth national conference of the Ocean Society of India (OSICON 2017), hosted by the National Centre for Earth Science Studies (NCESS) at Thiruvanthapuram, Kerala from August 28-30.

The three-day event was based on the theme ‘Ocean and Climate Change’.

The conference was inaugurated by Mr. M. Rajeevan, Secretary, Ministry of Earth Sciences.

COMACOE was one of sponsors for this prestigious conference and CEO, Mr. Vivek Bansal presented COMACOE’s recent projects such as the Maravanthe Shoreline protection project which is one of India’s earliest large projects to address the critical erosion issue as part of the ADB funded ICZMP program to the august gathering. He explained the leading role COMACOE is playing in these pioneering projects, specially considering the lack of project execution expertise in such projects in India.

In picture above, COMACOE CEO, Mr. Vivek Bansal is being felicitated by current President of Ocean Society of India, Dr. MV Ramana Murthy who is also Head of Ocean Structures department at NIOT, Chennai. 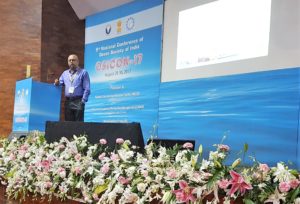